home > A Month of Malbec

10% OFF ALL MALBEC WITH VOUCHER CODE MALB017

Malbec, a purple-berried grape variety with its origins in the south of France, has the capability to produce wines of striking variation. From the dark, tannic 'black wines' of Cahors for which it was used for centuries; to its traditional place in the blends of Bordeaux; and finally to the ever-increasing numbers of world class expressions from the vertiginous altitudes of Argentina - Malbec, it seems, is here to stay.

In France, Malbec has been grown at one point or another in 30 of the country's dÃ©partements - although you wouldn't necessarily know it, due to the pesky French habit of omitting grape variety names from the labels on our bottles. It originated (probably) in Burgundy, and is one of six varieties permitted in Bordeaux red wines. Cahors, in the south west of the country, is where Malbec finds its purest expression, being required to constitute at least 70% of any blend. These wines have quite a reputation, being so inky dark and tannic that they were dubbed 'The Black Wines of Cahors'. However, the variety has been declining in popularity, and by the turn of the millennium was planted on a paltry 6,100ha (compare this to Merlot's 101,000!).

Malbec was introduced to Argentina by the French agricultural engineer Michel Pouget in 1868 - and since then it has flourished to say the least. It is now planted on over 20,000ha, finding its best expressions at the country's higher altitudes - between 800-1500m above sea level is perfect. Look for examples from Mendoza, particularly LujÃ¡n de Coyo. Argentine Malbec's meteoric rise in popularity seems to have inspired its neighbouring South American countries to try their luck with the variety, with an increasing number of plantings to be found in Chile.What's more, the variety finds its way into Bordeaux-style blends (sometimes referred to as 'Meritage') from all over the world, most notably in California and New Zealand.

Malbec from France is traditionally a very heavy-duty wine. What does that mean? A deep, inky colour (ruby-purple) - you shouldn't be able to see the stem of your glass through the liquid. Very grippy, mouth-puckering tannins, and a sharp acidity. Of course there's fruit, and that will often taste of plum, blackcurrant, and black cherry. The high levels of tannin and acid mean that this wine can age for a seriously long time. The aggressiveness of youth mellows over the years, and tannins grow softer (or polymerise, since you asked), while the acidity keeps the wine feeling fresh. Flavours associated with age will develop over time, adding a wonderful leathery meatiness to the spectrum of flavours. Good things come to those who wait and all that...

Malbec from Argentina is rich, ripe and full of fruit. The colour is usually a deep purple with a bright rim. It can, range - depending on winemaking style - from medium-bodied and fresh, to velvet-textured opulence. Expect fruit flavours of plum and blackcurrant, with secondary notes that are often reminiscent of chocolate. The high altitude and large diurnal range (that's the difference between night and day temperatures) allows fruit flavours to fully develop without sugar levels getting too high. Regardless of this, alcohol levels regularly reach a headache-inducing 14-15%!.

INFORMAL TASTING with Emily Silva at our Botley Road shop in Oxford from the 3rd -5th March.

Pop in any time and compare the subtle differences between an Argentinian Malbec and a French Malbec.

Leave feedback on which you prefer to enter into a draw to win your favourite Malbec!

What is it blended with?

Malbec finds its roots in Bordeaux, and as such is blended there (usually composing no more than 5-10% of the blend) with the other permitted red Bordeaux varieties; namely Merlot, Cabernet Sauvignon, Cabernet Franc and Petit Verdot. Malbec finds its way into Bordeaux-style blends all over the world - in California (where they are sometimes known as 'Meritage') and New Zealand, to name but two.

In Cahors, south-west France, Malbec must make up 70% of the blend, with the rest coming from Merlot and Tannat.

In Argentina, Malbec is most commonly produced as a single-varietal wine, but is sometimes blended with Bonarda or Cabernet Sauvignon.

How long can it age?

Lighter Argentine Malbecs or those made in a similar style in the south of France are made for earlier drinking -1-3 years.

More premium, higher altitude wines from Argentina can age for anything up to and above ten years. That's those with stronger tannins and acidity, with a fuller fruitier flavour. Traditional style Cahors Malbec can age for decades! Its firm tannic structure and high acidity can preserve and develop the wine for 10-20 years.

Where is Malbec Grown?

Malbec vines are sometimes cultivated as bush vines, and are very susceptible to diseases and hazards due to the grape's thin skin- for example frost, coulure and downy mildew.

Argentina's highest rated Malbec comes from the higher elevations of 800-1500m above sea level, due to the cool high altitude climate.

Malbec vines thrive in a variety of soil types, but produces its darkest and most tannic manifestation on the limestone soils in Cahors, France. 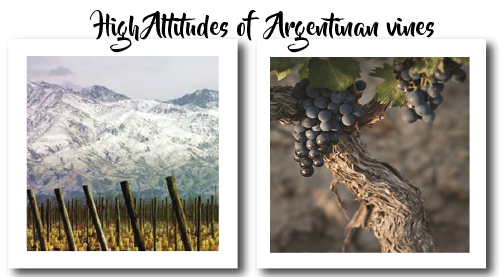 On the isolated, wild hillsides of Cahors, lies Domaine de la BÃ©rangeraie - an old vineyard on the brink of extinction that was bought in 1971 by Andre and Sylvie Berenger. The couple resurrected the site, which at the time was without electricity or even water. Fast forward 45 years and the estate remains in the family, now run by the next generation. The wines are made in a traditional, artisanal style with minimum intervention - proof that wines with character and accessibility are still being made in Cahors. BERANGERAIE CAHORS

Off the beaten viticultural track of southern France lies Pays Cathare - a beautifully rugged stretch of land that surrounds the towns of Carcassone and Limoux. The clay-limestone soils of the area provide an ideal base from which to grow Malbec, and the climatic conditions could hardly be more perfect - the warm Mediterranean sunshine being tempered by the altitude and cooler nights characteristic of the foothills of the Pyrenees. It is here that the grapes used to produce Les Volets Malbec originate - a fresh, intense and vibrant example of one of the region's oldest grape varieties. LES VOLETS MALBEC

The Los Haroldos story began in 1939, when a young Octavio  Falasco arrived in Argentina from Italy and set about making wine. The enterprising young winemaker began by selling his bottles from a basket on the front of his bike! Today third generation Jorge Falasco leads the family business and many of the fourth generation work with him, ensuring the future of the family's involvement in the production of fine wines. If you look carefully, you can even see Octavio's famous bicycle on the label of Chacabuco Malbec!

In 1890, Leoncio Arizu arrived in Argentina from the Basque region of Spain looking for new viticultural opportunities. When in Mendoza he joined forces with a family who had emigrated from Piemonte of Northern Italy and Bodega Luigi Bosca was born. This Malbec - Los Miradores - is drawn from the highest vineyards owned by the family, and shows without a doubt that Argentina is more than capable of producing the finest quality of Malbec. LUIGI BOSCA MALBEC 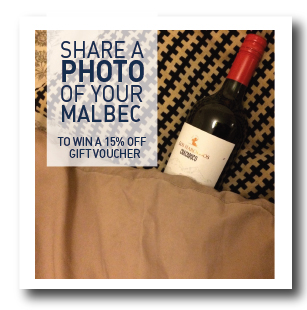 WIN A 15% OFF GIFT VOUCHER BY SHARING A PHOTO!

Its so easy...Share a photo of you enjoying one of our Malbecs on our face book page to win a 15% Gift Voucher available to use in one of our stores. You don't even have to be in the photo! It only needs to be one of the Malbecs that we stock! Get your mum, dad, friends and in laws to take part for a guaranteed voucher!

These vouchers can be used on any of our products from our spirit range to our wines!

Google Analytics is a marketing tool that allows us to see how our site is used, for example how many visitors we get and which pages are viewed most. This information is anonymous but requires cookies to track your actions on our website.

Social media links are included in our pages to provide links to social media tools like Twitter and Facebook, and enable you to bookmark or recommend our pages. This code includes cookies so that these tools can track how people use its service.

You can find out more about cookies at www.allaboutcookies.org/manage-cookies 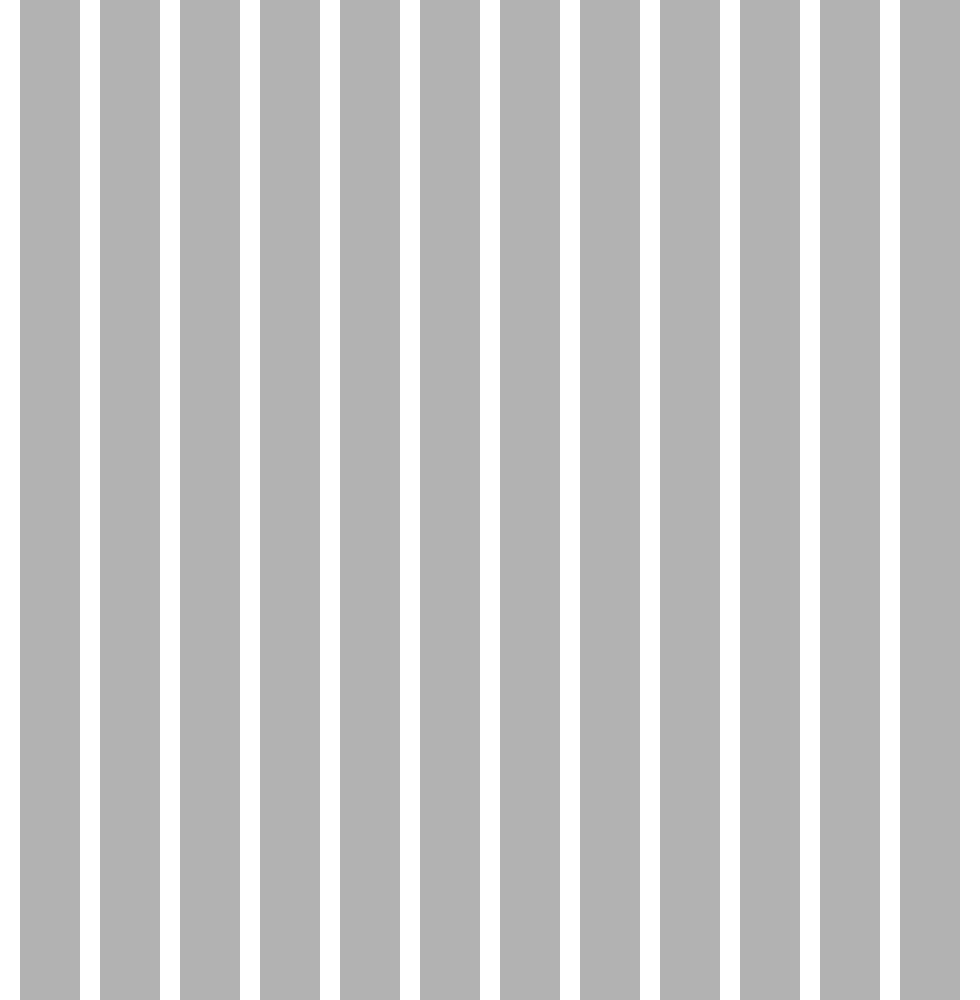